After a 14-month search in over 240 competing locations across the country, Amazon announced Northern Virginia would be the location for one of it’s two new headquarters. You may also hear the new name “National Landing” being thrown around. As part of the HQ2 announcement, Amazon and the state of Virginia have agreed to rename the new headquarters location. The land area covering what was once Crystal City, adjoining parts of Pentagon City, and Potomac Yard in Alexandria (photo above) will be renamed to National Landing as Amazon continue to expand its presence in Northern Virginia.

Ultimately, Amazon’s new headquarters will occupy 4 million square feet of commercial office space, and potentially as much as 8 million by 2030. In employee count, 400 new employees will be brought in 2019 and year over year more employees will be brought to the area growing to at least 25,000 by 2030. The economic effects for spin-off businesses in Northern Virginia and DC are predicted to add an additional 62,000 new jobs to the area and an additional $15 billion in economic activity by 2030, according to a study by the Virginia Chamber Foundation (December 2018). Virginia announced construction projects for the improvement of Crystal City and Potomac Yard, as well as Route 1 enhancements and construction of an overhead pedestrian walkway connecting Amazon’s headquarters directly to Reagan National Airport.

The local areas affected that will see the highest increase in new home closings are Alexandria, Arlington, Fairfax County, and Prince William County. A lot of speculators have looked at the Seattle housing market and tried to draw connections with how DC and Northern Virginia will be impacted. D.C. unlike Seattle, has 50 to 70 percent higher job market activity, almost twice the concentration of private commercial office space available, and more residents. Thus, the D.C. region is in a more stable position to absorb the incoming workforce, and rapid changes in the housing market are not expected. Phase II of Amazon’s employment schedule will bring the total number of jobs up to 38,000, an additional 13,000 jobs (information according to Jeannette Chapman, deputy director of the Stephen S. Fuller Institute).

As 2,400 jobs are added each year until 2030 (at which point Phase II will begin) the overall estimate for additional households in the area is close to 70,000 new homes. Most of Amazon’s employees are anticipated to live and work in Arlington or within commutable areas within the beltway and close to metro centers. A majority of the new households are expected to be purchased by homeowners due to the high salary of Amazon employees. These employees are more likely to afford new construction homes and will generate more tax revenue for the area compared to existing residents. With the tier of employees being brought in year over year within a 16-year span, demand is only expected to increase 1 to 5 percent until 2030. After Amazon’s announcement, George Mason University pledged to invest $250 million into growing its Amazon affiliate programs and Virginia Tech announced a planned $1 billion for a graduate school campus within National Landing. 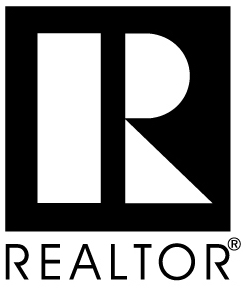 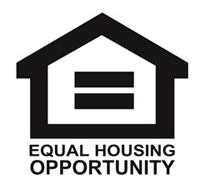